Scott Neumann’s dedication to Music Education parallels his devotion to performing. Scott received a Bachelor of Music Education degree from the University of North Texas in 1985. Since 2005, Scott has been director of drum studies at Lehigh University. Scott has over thirty years of teaching experience. During the past ten years as a Sabian and Aquarian artist, Scott has conducted his intensive drum clinics to universities and drum shops throughout the United States. With touring bands, Scott workshop experience has taken him to Europe and Japan. Scott can coach and perform with both large and small ensembles.

Scott prides himself in making his workshops as fun as they are musically rewarding. Some of Scott’s workshop subjects are: 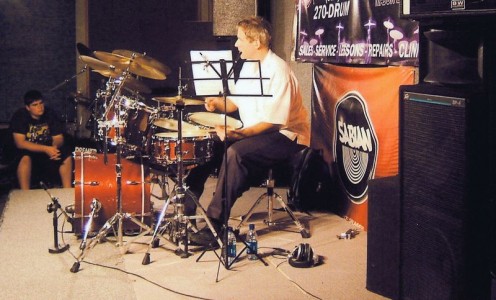