Whether, it is providing the drive behind the engines of a blockbuster Broadway show or the delicate accompaniment for some of the world’s greatest vocalists, Scott’s musicality and versatility are showcased in the New York Broadway and Cabaret music scene.

Scott’s first featured performance on Broadway was as the drummer in the dance-inspired Broadway Show Swing!. The show was a unique challenge for the musicians. In addition to performing the music, the band was featured in prominent acting and choreography roles on stage. 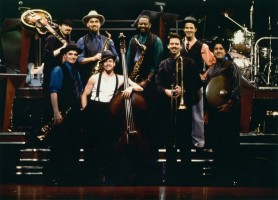