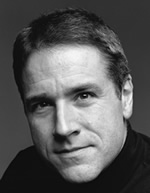 Scott Neumann, a Bartlesville Oklahoma native, began playing drums professionally at the age of thirteen. His first major work was with The Woody Herman Orchestra, which he joined in 1988. Since moving to New York City in 1988, Scott has established himself as one of New York’s most creative and versatile drummers.

Since 1999, Scott has also demonstrated his musical versatility with his work in Broadway musicals. Scott was the featured drummer in the Broadway Production of Swing! Other show credits include Chicago, End of the Rainbow, How To Succeed In Business Without Trying, 42nd Street, Cabaret, Gypsy, Good Vibrations, Xanadu, Radio City Christmas Spectacular and Avenue Q.

Scott’s educational experience is as diverse as his performance career. Since 2005, Scott has been an adjunct faculty member at Lehigh University directing the drum studies. As a Sabian Cymbal artist and jazz educator, Scott has presented countless workshops at colleges, universities and high schools throughout the United States, Europe and South America. Scott also has several years of instrumental music education experience at the elementary and high school level.

Scott plays and is an exclusive artist and educator for G.M.S. Drums, Aquarian Drumheads and Sabian Cymbals.